The secrets of knitting, REVEALED!!!!

This post is not meant to be an instructional, How-To on knitting. Rather, I hope to clear up some confusion for new knitters who are are unsure if they're doing it right. I think most people understand the basic stitch, but they're so shitty at first that that misshapen, lumpy, loose knot makes them doubt that they're actually doing it right.

I mean, think about knitting. Think about how ridiculous it is. You are using slippery sticks as your hands. That is ridiculous. Your body and brain are saying "What, are you fucking stupid? Use your fucking hands for this jackass." and it takes a lot of practice to get that coordination down so that the movements are fluid and the stitches have an even gauge and don't look like a grandma vagina.

So, I will take you on a journey, complete with terribly drawn diagrams that I drew on my tablet at 1:00 am last night because I couldn't sleep. I'm hoping you will gain a basic understanding of HOW the stitch works, and what it is broken down. I'm not going to show you how to hold your needles or yarn, that's something that comes with time and practice and there is no real "right" way, it's all about what's comfortable for you. 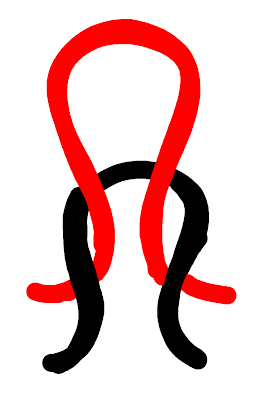 So, this is what a knit stitch is, basically. It's pulling yarn through a loop to make a fancy ladder of sort of slip knots. 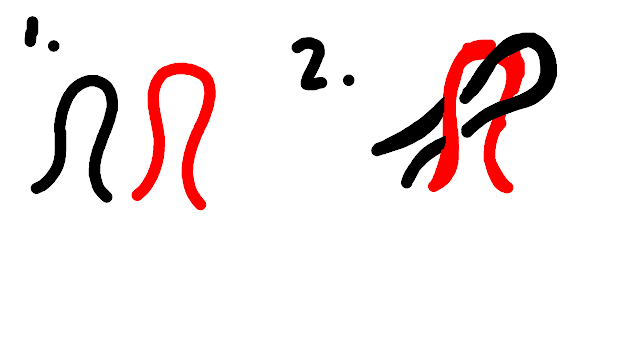 I think a lot of knitting diagrams are too cluttered. They're showing the WHOLE picture, complete with rows of stitches and the needles. Strip all that away, and it becomes so clear what you're trying to do. You will be pulling one loop through another. That's it! But, you're going to be using needles as hands and your body will hate that, so you will suck at it. I'm sorry, there is nothing to be done about that, you will be shit for awhile, but it gets better with practice! 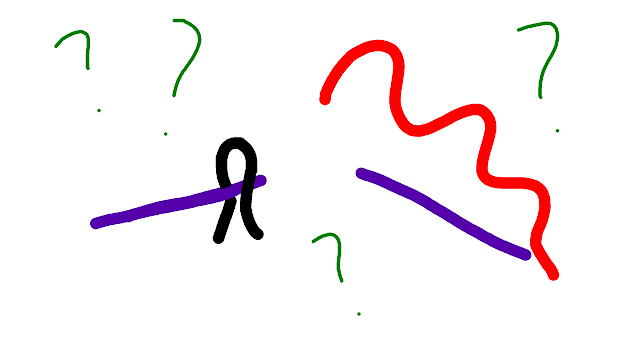 So we've added our fabulously detailed knitting needles (the crappy purple sticks). That red wavy thing is the length of yarn that you will use to make the loop on the RIGHT that you will pull through the black loop on the LEFT. But how does this work? And who the hell thought of this anyway? What human said "hmm I think I'll make up a clumsy, illogical way to weave using sticks instead of hands!" 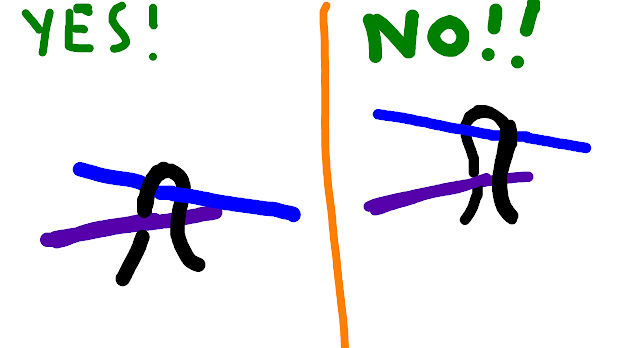 So before we even address the wavy, red squiggle yarn issue, we need to make sure we're doing the right things with our needles. You are going to pick up your RIGHT needle, and insert it into the loop on the LEFT needle from front to back. Your needles goes over the right thread of the loop, then under the left thread of the loop. If you stick your needle right in the middle of the loop (which seems like the right thing to do at first glance, I know, I knit a whole scarf like this as a new knitter before realizing I was doing it wrong) then your stitch will be twisted and look like an AIDS ribbon. Some patterns actually call for a twisted stitch because it can be decorative, but it's not something you would normally do.
So now we address that squiggly yarn. 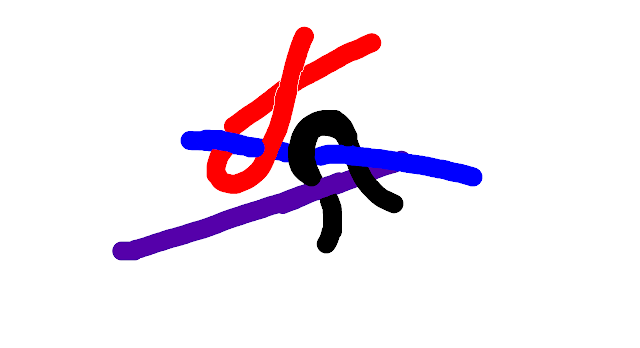 After you have successfully positioned the right needle into the loop on the left needle, you are going to wrap the yarn around the needle on the right as pictured above. BACK to FRONT. 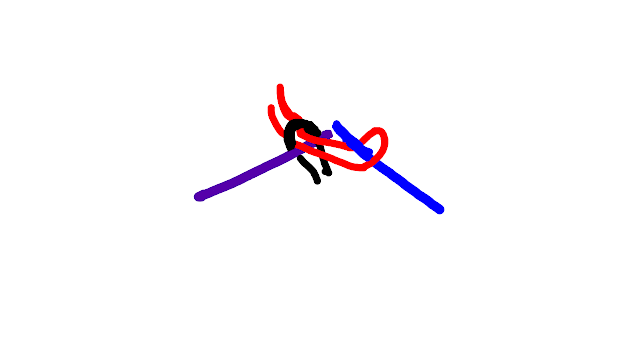 Now this is the hard and awkward part. You are going to pull that loop you made on the right needle THROUGH the loop on the left needle. This is going to feel awkward at first, and probably for awhile too. It will take you 20 minutes to knit one row at first because you're going to suck, and then to top it off, your stitches are going to look like shit. Just expect it, it's ok. We were all shitty knitters once ourselves. 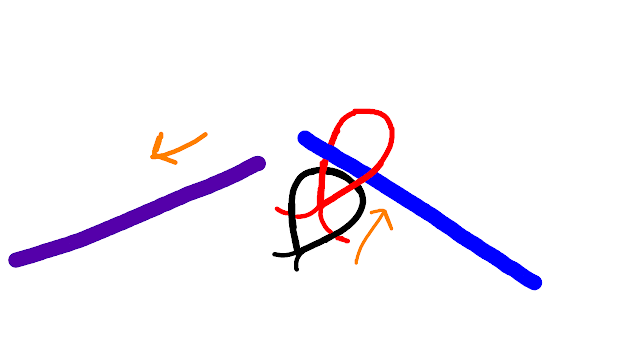 Then, as icing on the cake, you are going to remove your left needle from the original loop you had on the left. This might be even more awkward and difficult than wrapping the yarn and pulling it through! You get to do this each and every time you knit a stitch. You will probably drop the stitches a lot and fuck this up and have to start over a ton and be really frustrated. This is just what happens, it's ok.
The knit stitch in itself is a very simple concept, but it's the execution that gets you. Chances are, you're probably doing it right, but you're a noob so you suck. It's such a cliche, but the only way you're going to get better is through practice. Not one person picks up needles and knits well for the first time.
A couple tips to help save your sanity.
Good luck, knitting babies. I hope this has helped ease some confusion with SOMEONE out there.
Posted by Julia at 10:16 AM

Look at what these other jerks make.

Julia
I have a crazy 3 year old daughter, two annoying cats, and a goofy husband.